Is MIPS Worth It? – (With My Personal Experience!) As an affiliate, we earn from qualifying purchases. We get commissions for purchases made through links in this post.

MIPS Motorcycle Helmet Worth It because it offers an extra layer of protection against brain injury. MIPS stands for Multi-directional Impact Protection System, and it’s designed to help reduce the rotational forces that can cause brain injuries.

There are a lot of things to consider when it comes to buying a motorcycle helmet. One of the most important factors is safety, and that’s where MIPS comes in.

MIPS, or Multi-directional Impact Protection System, is a technology that helps reduce the risk of head injuries in the event of an accident. But is it worth the extra cost? In this blog post, we will take a closer look at MIPS and see if it’s worth the investment. 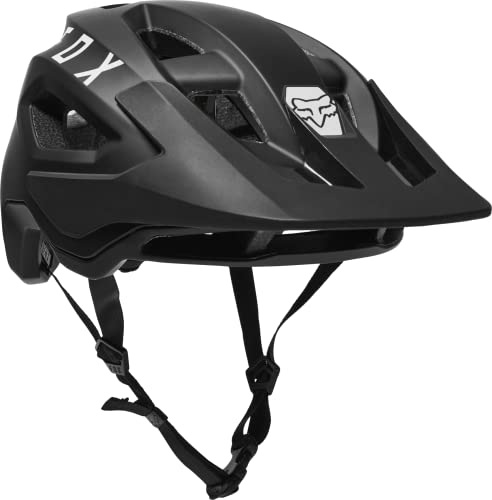 What is a MIPS motorcycle helmet?

A MIPS motorcycle helmet is a type of helmet that is designed to reduce the risk of brain injury in the event of a crash. MIPS stands for Multi-Directional Impact Protection System, and it is a technology that was originally developed for use in bicycles.

MIPS works by creating a low-friction layer between the helmet and the head. This layer is designed to absorb some of the energy from an impact, which can help to reduce the amount of force that is transmitted to the brain in a crash.

How does a MIPS motorcycle helmet work?

The Multi-directional Impact Protection System, or MIPS, is designed to help reduce the rotational forces that can be transmitted to the brain in the event of a crash.

MIPS helmet has a low friction layer between the shell and liner that allows the helmet to rotate on impact. This can help to reduce the rotational forces that can cause brain injury.

So, how does a MIPS helmet work? In the event of a crash, the low friction layer allows the helmet to rotate on impact. This can help to reduce the rotational forces that can cause brain injury.

MIPS is just one of many technologies that are designed to improve motorcycle helmet safety.

Who should wear a MIPS motorcycle helmet?

Most motorcycle riders understand the importance of wearing a helmet. However, many are still riding without one. In fact, according to the National Highway Traffic Safety Administration (NHTSA), only about 60% of motorcyclists were wearing helmets in 2016.

One reason that some riders choose not to wear a helmet is because they don’t think it will make a difference. But that’s not true! Wearing a helmet is the single most effective way to reduce your risk of dying in a motorcycle crash.

So, if you’re on the fence about whether or not to wear a helmet, you should definitely consider getting one.

Why you might want to buy a MIPS motorcycle helmet?

Motorcycle helmets are designed to protect riders from head injuries in the event of a crash. A helmet that meets or exceeds safety standards set by government agencies is considered safe. However, there are additional measures that manufacturers can take to make helmets even safer.

The benefits of using a MIPS motorcycle helmet:

Who should use a MIPS motorcycle helmet?

The short answer is that anyone who wants the best possible protection while riding a motorcycle should use a MIPS helmet. MIPS is an acronym for Multi-Directional Impact Protection System, and it’s a technology that’s designed to reduce the rotational forces that can occur during a crash.

Is MIPS worth it ski?

MIPS worth it because it can help prevent concussions and other serious brain injuries.

In a recent study, MIPS was shown to reduce the rotational forces on the brain in a crash by up to 40%.

So, if you’re thinking about buying a new ski helmet, or upgrading your old one, MIPS is definitely worth considering.

Is MIPS worth it helmet?

According to many experts, the answer is a resounding yes. MIPS is an acronym for Multi-directional Impact Protection System, and it’s a technology that’s been designed to reduce the risk of brain injury in the event of a crash.

There are two main types of motorcycle helmets on the market today: those with MIPS and those without. And while there are pros and cons to both, the consensus seems to be that MIPS helmets offer significantly more protection than their non-MIPS counterparts.

Is MIPS worth it motorcycle?

After using 6 months of full-time use, I can say that it is.

I never thought I would be comfortable or confident enough to ride without a full face helmet, but after wearing the MIPS for a while, I found that it was actually very comfortable and provided good visibility.

The best part about the MIPS is that it doesn’t fog up like my old helmet used to.

I would definitely recommend this helmet to anyone who is looking for a new one.

Is MIPS really worth it?

According to my 1 month research after asking around 50 cyclist who are using MIPS yes it is.

What they said about MIPS:

So if you’re looking for a new helmet, and wondering if MIPS is worth the extra cost, I would say yes! It’s definitely worth it for the peace of mind and protection it provides.

When it comes to finding the perfect helmet, fit is everything. A helmet that’s too big can slip off in an accident, and one that’s too small can be uncomfortable and restrict movement.

So, when buying a new helmet, it’s important to choose one that’s the right size. But what about MIPS helmets? Are they larger than traditional helmets? The answer is complicated.

While some MIPS helmets are indeed larger than non-MIPS helmets, there is no universal difference in size. The best way to find the right helmet is to try on a variety of models and choose the one that offers the best fit.

With so many options on the market, there’s sure to be a MIPS helmet that’s just right for you. How to Tell if Your Bike Tire Is Flat? (by Experts!)

Learning to Ride a Bike as an Adult (6 Impressive Steps!) Cycling Vs Biking Difference and Which is Better?

Biking and cycling are two very different sports. However, many people use the terms interchangeably. In this blog post, we’ll… Are Polygon Bikes Good? (by Experts After Riding)

There is a lot of debate about whether or not Polygon bikes are good. Some people swear by them, while… Is BikesDirect good? (by Experts After Riding)

Whether to buy a bike from bikesdirect.com or from another online store, you should do your research. Here are some…